One third of Three Rivers District Council’s seats are up for election on May 6.

The main political parties are all represented in every ward, as well as some smaller parties and independents.

Read more: Full list of candidates standing to be a councillor in Watford and Three Rivers

Your vote for a Conservative candidate means:

1. Ensuring the right number of homes for our next generation are built and in the right place.

This council has under delivered on housing and failed to review its local plan. Why has the public consultation been delayed until after the elections?

Vote Conservative to ensure protection of the area we live in.

2. Ensure your council tax money is spent in the area you live in.

£32 million came into the council when they sold the social housing stock.

This money has been spent. Properties have been purchased in Nottingham and Norwich.

How does that best serve the residents of Three Rivers?

High streets and businesses need our support. They provide employment and they provide the services and the goods we want to buy. Has this council spent the high street government grants and if so where?

The Green Party are fielding a full slate of candidates in the forthcoming local elections.

• High-quality walking and cycling routes in all new developments.

Local agent Bobbie Curran said: “We are looking to build on our record results at the last local elections in 2019, which saw the Green Party more than double its number of councillors nationally. Every Green councillor will work hard to deliver a green recovery from Covid-19.”

In Dickinsons Ward (Croxley Green) an experienced parish councillor, Chris Mitchell, is aiming to win a council seat. Chris has been an active councillor on Croxley Green Parish Council for the past 10 years. He led the team that developed the Neighbourhood Plan and fought to keep the Killingdown Farm site in in the green belt in 2014. He has since been lobbying for the housing to be carbon neutral.

His top priorities include:

• Protecting our Green Belt from the unrealistic and unsustainable housing targets

• Ensuring that community assets are used for the benefit of the community.

Chris said “It would be a privilege to be able to speak up for the residents of Croxley Green. If elected, I will do my utmost to protect our local environment and hold the council to account.”

It is time for some fresh air and change in the Gade Valley and in the balance of power at Three Rivers District Council.

Too much of our greenbelt has been eaten up with no real challenge.

Our world has changed dramatically with the pandemic and we need an overhaul of our approach as a result.

I can be the force that creates that change. With my influence in Three Rivers I would ensure that we can all enjoy a cleaner and quieter place.

Belinda Phipps is standing as an Independent in Gade Valley ward

My vision and mission is for everyone to be housed and people would have little need to walk/cycle for more than 15 minutes to find places to relax, exercise, enjoy activities or buy essentials.

South facing roofs would have solar PV/thermal panels. Our homes would remain comfortable with effective insulation and passive cooling.

More of us would work locally and our communities would be vibrant and cohesive.

Your voice as a resident would through me be what informs the council about what people really need. Read more about me on Linkedin or my website.

David Zerny is standing as an Independent candidate in Chorleywood North and Sarratt.

I am standing as an Independent candidate to fight to protect our environment, and ensure residents’ voices are heard.

Three Rivers faces a huge housing target in the new local plan, and I will fight for a planning framework which meets the needs of our community and environment; support the home and facilities we need, but oppose over-development; and ensure our council tax is spent wisely and accountably.

The Conservatives have said they would release 5 per cent of our green belt; the Liberal Democrats have not put forward proposals which will preserve the unspoilt nature of Three Rivers, and that makes this area such as special place to live, work and bring up our children. 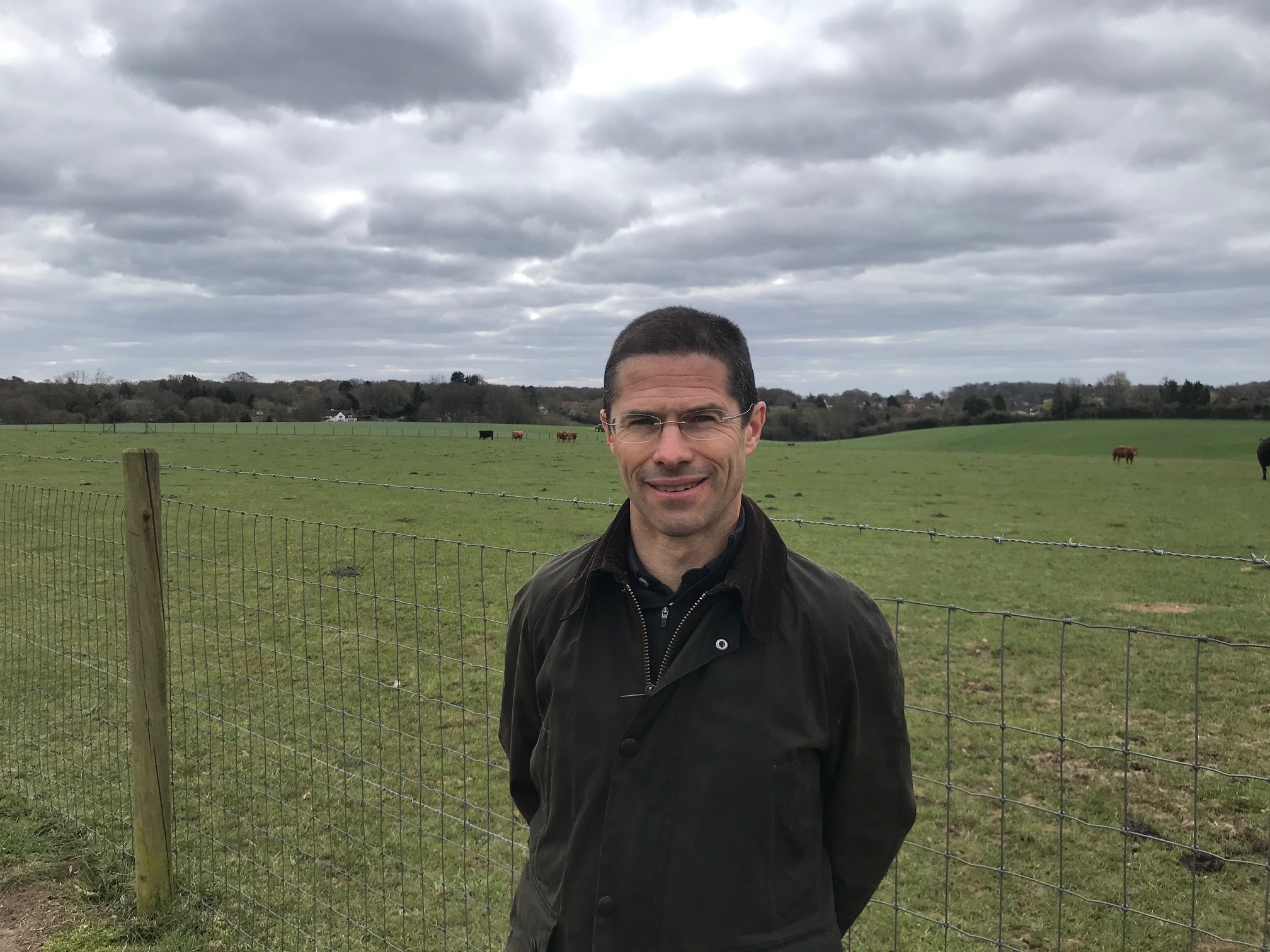 Instead, we need to push back against the threat of overdevelopment. It will not deliver affordable homes but will harm the countryside we all value so much. Our schools, healthcare and roads could not cope with the additional demand.

As an Independent, I will listen to the concerns of local residents, represent their interests and work to protect the green belt in Three Rivers.

Labour is the only party on Three Rivers District Council that has not been affected by councillors defecting, being deselected, or not standing again. Instead of negative internal strife, we will continue to focus on getting things done for local residents.

We’ve pressured the ruling Liberal Democrat majority hard on where they intend to allow the building of new homes. We have fought tooth and nail to protect the former golf course and driving range at South Oxhey from development. With your support we’ll continue that fight. 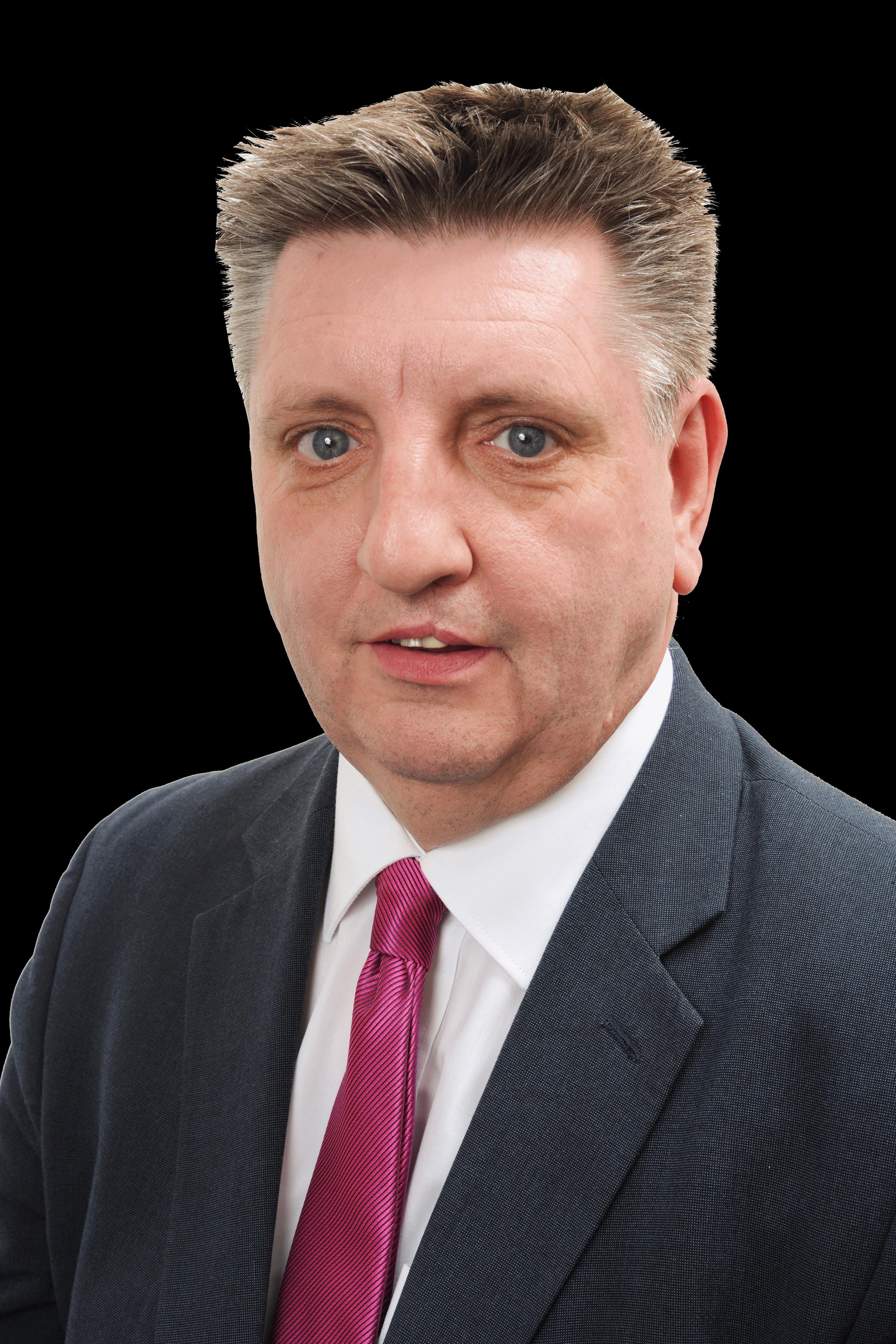 Labour has kept up the attack on the failure of the Liberal Democrats to provide more low rent housing as part of the South Oxhey redevelopment. They have broken their promises and as a result, of the 533 new homes, just 86 are affordable – 16 per cent and shockingly only 33 will be available at low rents – nowhere near their 45 per cent target. We’ll continue to campaign for truly affordable housing.

The Conservative record of shame in South Oxhey is appalling over the years; schools shut, buses axed, library hours cut and the streetlights turned off. Residents deserve better than that.

Labour works hard right across Three Rivers and every vote will help us win.

Councillors need to be enthusiastic champions for their residents, they need to keep in touch all year round, something the Liberal Democrat team are known for. We put great emphasis on caring, evidenced by the speedily set up Food Hub helping the vulnerable during Covid.

We are one of only a few authorities providing full council tax relief for those in greatest need.

We continue to oppose the trebling of our housing targets set by the government, fighting for them to be reduced – they are unrealistic. The

Conservatives and our MPs need to back us, not oppose us to ensure as much of our Green belt is protected and retained. 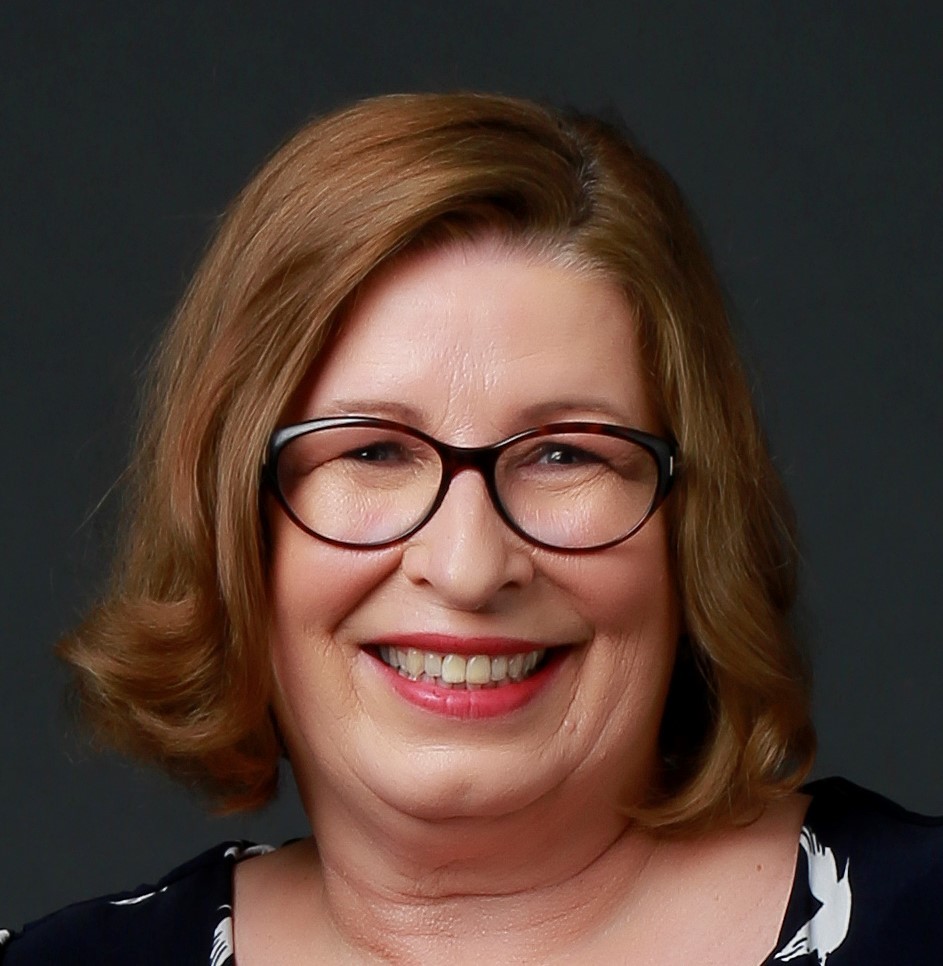 Lib Dems led on introducing doorstep recycling. We are now top in the country. Thanks to our investment, parks and open spaces are improved every year and have never been more popular or so important. The council is leading the way increasing biodiversity and rewilding on its land.

The council has not cut vital service, has one of the lowest council tax rates in England, with services rated as excellent. We were voted by

residents the best council in Herts – all for just 14 per cent of the council tax you pay!

Many businesses have been badly hit- we have provided financial and practical support, and will continue during recovery.

Only a Lib Dem vote will ensure a hardworking, efficient and caring council.

Kajalbala Usadadiya is standing in Carpenders Park in Three Rivers for the UK Voice party.

After moving to the UK in 2009 to work in the pharmaceutical industry. I embraced life as a UK citizen and now feels its time to give back to the country that I embraced. For that I am seeking your support to make our community safer and stronger because I believe that our community needs a voice from the new generation of community representatives. I would like to be your voice for Three Rivers District Council. I am committed to providing a value for your voice and vote with UK VOICE. 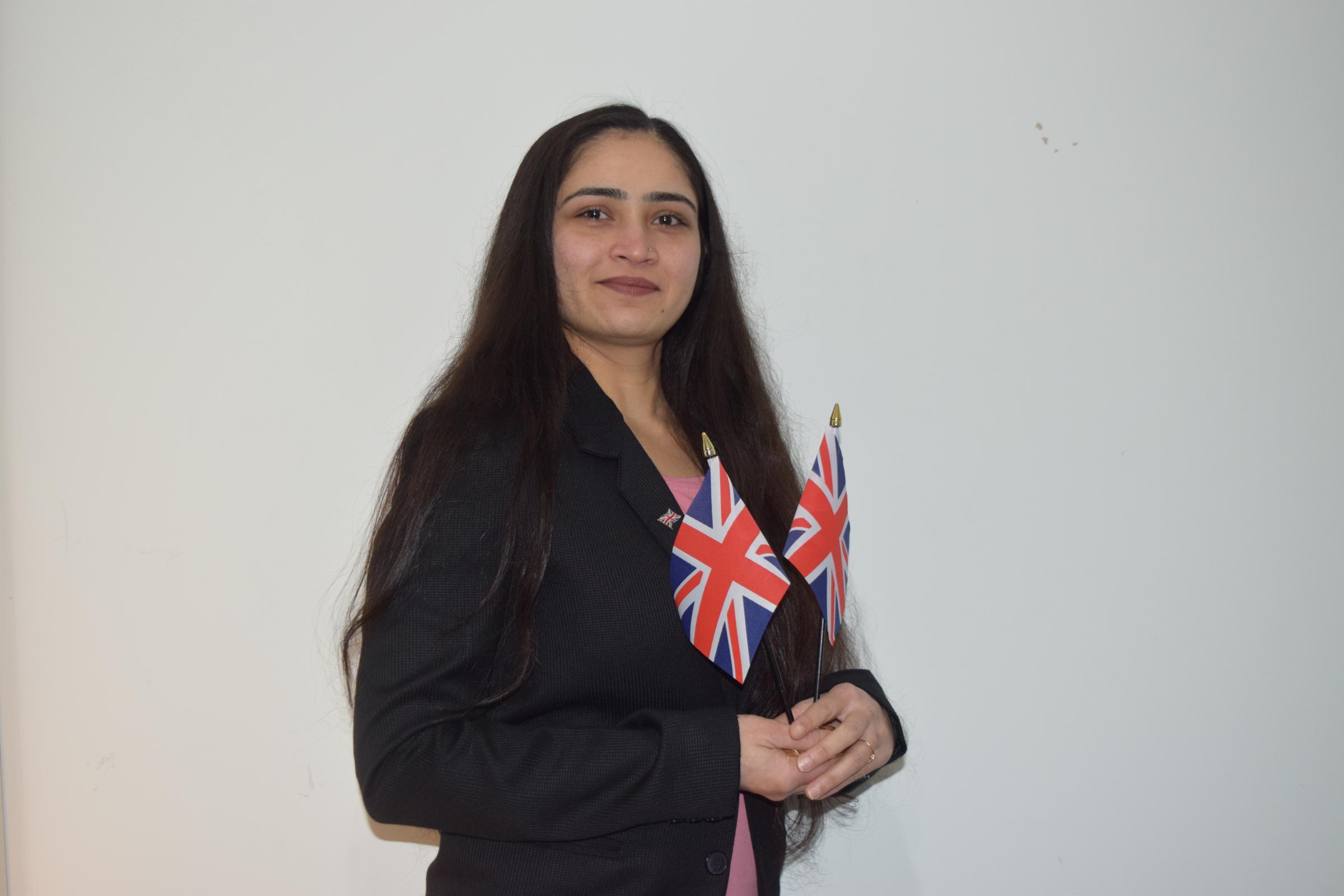 My priorities and policies

• To rebuild the relationship between the local council and the community.

• Strongly establish the relationship between local police officers, the council and community to making our locality safer by recruiting more police officers and increase patrolling.

• To implement local regulations and penalty strategy for parking issues, eg someone parking a vehicle outside a residential place without any written permission from the owner.

• Intention to resolve land/boundary disputes created amongst residents/neighbourhoods by involving either the council or the government for a more peaceful community.

• Freeze council taxes to kept as minimum and reduced overspending wherever possible.

Team GB’s women’s hockey squad will take momentum into the knockout stages of their Olympic title defence after ending the group stage with a hard-fought victory over Ireland. Hillingdon Times | News …

Luke Patience loves it when a plan comes together and the Scottish sailor’s strategy to peak for these Olympic Games appears to have worked a treat. Hillingdon Times | News …

SIX fire engines and around 40 firefighters were called to a blaze at a bungalow used as a suspected cannabis factory in Strathearn Avenue, Harlington, yesterday (25). Hillingdon Times | News …