A 12-month trial of e-scooter rentals in London will begin next month.

The TFL trial will run across several boroughs, including Hammersmith and Fulham, Canary Wharf, Richmond, and the City.

Other boroughs will potentially join the trial during the year.

It was made legal to ride e-scooters in London in July last year, albeit with a raft of restrictions — and privately owned e-scooters remained illegal. 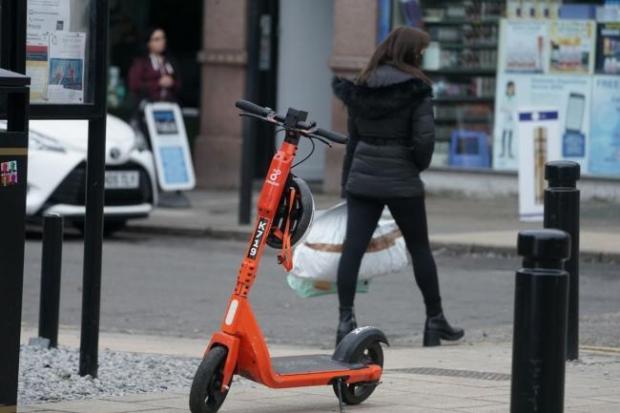 After a tender process, the three winning companies have been announced — Dott, already operating e-scooters in cities in Belgium, Italy, France, and other countries, Lime and TIER Mobility.

The trial is part of an attempt to encourage sustainable, active forms of transport and prevent a car-led recovery from the Covid-19 pandemic.

Will Norman, London’s walking and cycling commissioner, said: “We want to ensure a green, sustainable recovery from coronavirus, and e-scooters are an alternative to cars that could help with this.

“The safety of those using e-scooters, as well as other road users and pedestrians, is absolutely paramount, so it’s important that they are trialled in this rigorous way to ensure high standards. We look forward to exploring the role that e-scooters could play in London’s future.”

Operators Lime, TIER and Dott have been selected to take part in the trial and each will set their own rental prices.

Between 60 and 150 e-scooters will be available to rent in each area that is participating in the trial, each of which will have a maximum speed of 12.5 miles per hour as well as several safety features.

E-scooters will be restricted to cycle lanes and roads as it is illegal in the UK to ride them on footpaths.

Londoners will be encouraged to only use rental e-scooters as privately owned e-scooters remain banned on public roads.

Is it illegal to ride an e-scooter? How much can you be fined?

Any e-scooter which is not part of this trial, remains illegal to use other than on private land which must not be accessible to the public.

Under UK law, it’s permitted to ride an electric scooter on private land as long as you have the landowner’s permission.

But it’s an offence to ride them in public – including on paths, pavements and roads.

If you’re caught riding an e-scooter without insurance you could receive an on-the-spot fine of £300 and six penalty points.

Riding without a licence could see you fined up to £1,000 and given points, the Metropolitan Police has said.

What do the police say?

Police had a warning for those tempted to take an electric scooter out onto the roads.

Chief Inspector Emma Bullock, Head of Roads Policing, said: “It is illegal to use a motor vehicle without the appropriate licence or insurance.

“As it is not possible to get insurance for private e-scooters, that means it is illegal to use them in a public place.

“It’s really important to emphasise that if you’re not hiring an e-scooter from SPIN as part of the council pilot scheme, and using it within the areas which are part of the scheme, you’ll be breaking the law.

“Safety is really important too, and we will take action against anyone breaking the law.

“That could mean not only seizing the e-scooter but it may also mean prosecution for using a motor vehicle and not having insurance or the appropriate licence.”

An arts and crafts group has come together to create a unique postbox topper to show its support for the NHS staff. Hillingdon Times | News …

A TEENAGER has been charged following a fatal stabbing in Hayes.The 15-year-old boy, who lives in the borough, was charged today (12) with the murder of 15-year-old Jalan Woods-Bell.He later appeared in custody at Willesden Magistrates’ Court the same day, but the date of his next court appearance is unclear.Inquiries were launched after police were called on Friday to Blyth Road, where they found Jalan with stab injuries. He died at the scene.Anyone who witnessed the incident or has information is asked to call police on 101 or Tweet @MetCC quoting reference Cad 1681/11Jun. Hillingdon Times | News …

POLICE are appealing for people’s help following the fatal stabbing of a 15-year-old boy in Blyth Road, Hayes, this morning (11) during the school run. Hillingdon Times | News …

Passenger numbers on TfL services are not expected to return to pre-pandemic levels until at least March next year, according to the head of the network. Hillingdon Times | News …