Looking for something to do in Uxbridge? Whether you're a local, new in town or just cruising through we've got loads of great tips and events to offer. Find out what’s on in Uxbridge with our regularly updated events calendar featuring the best upcoming events in Uxbridge and the area.

This guide lists events at a glance, showing what’s on each month. See the highlights of What’s On for Uxbridge, featuring the best of things to do in Uxbridge – Live Music and Gigs, Family Events, Art & Culture, Food & Drink and much more. Uxbridge fundraisers and charity events. 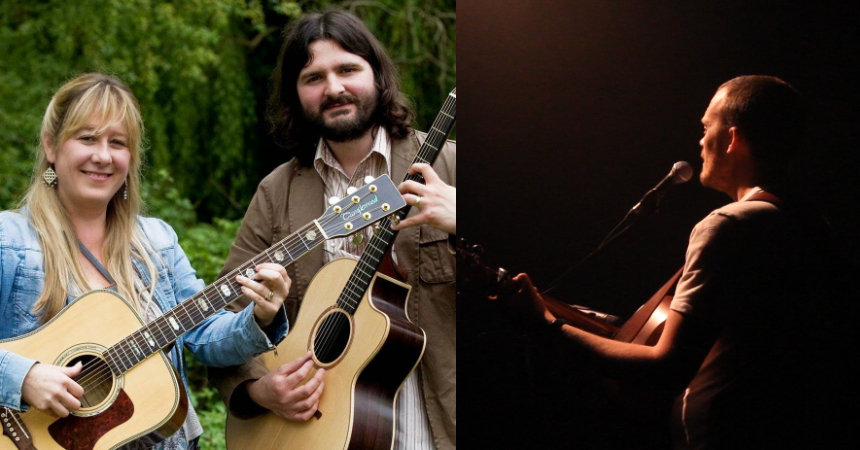 Oka Vanga are one of our club favourites so we are pleased to welcome them back again.
Originally from South Africa, Angie met Londoner Will at an open mic night where they found instant music synergy. With a hybrid of musical influences between them their debut album Pilgrim (2014) won them an instant fan base along with a FATEA award and an invitation to represent the UK at the International Madame Guitar Festival. Shortly after they released Tales Of Eyam (2015, EP) which garnered them both national and international radio play including BBC radio 3 and an even wider fan base. Their second album Dance Of The Copper Trail (2017) saw them complete sell out shows on a nine month tour of theatres and festivals including an invitation to play at Cambridge Folk Festival. Their self-titled third album Oka Vanga, (which I am sure will be available for purchase at the club) is a bold vivid set of songs and instrumental tunes released to widespread critical acclaim. It is available on special edition vinyl and CD it has received extensive airplay on national radio stations including BBC radio ‘The Folk Show’.

They will be ably supported by Chris Fox, another artist returning to Uxbridge Folk Club. Chris made a great impression when he last visited us sometime before lockdown.

“Chris Fox’s voice is simply stunning. Powerful and confident, it’s a considerable instrument full of nuance and feeling, a master class in subtle inflections. Typical of the best of Lyle Lovett, Chris’s brilliantly phrased lyrics flow effortlessly like conversation or good poetry; pure class. Like Jake Thackray, Chis has impeccable timing, light and as understated as good jazz. A full bloodied folk anthem – Chris stands head and shoulders above a crowded field and it’s hard to argue with or top that” – Marc Higgins FATEA Magazine

If you have an event, that you would like to be featured on our Events Calendar, please visit Free Event Listing.