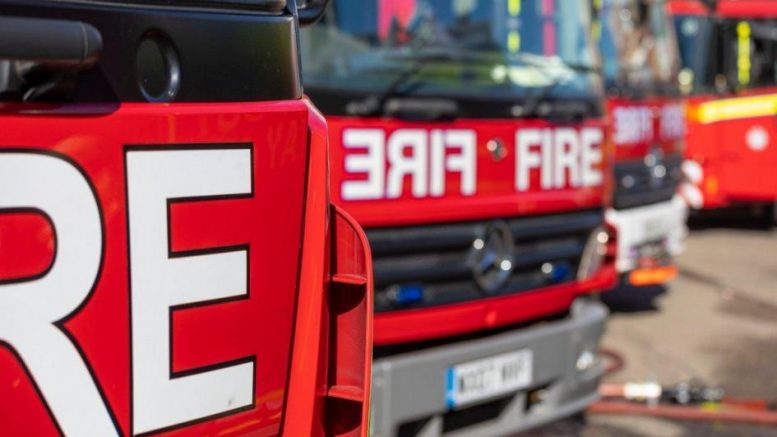 Grass and shrubland was damaged, along with some boundary fencing, a chicken coop and a shed.

Around 25 people left surrounding homes before the brigade arrived. There were no reports of any injuries.

A London Fire Brigade spokesperson said: “The warmer weather makes the ground extremely dry, which means grassland, parks, undergrowth and woodlands will burn quickly when exposed to even the smallest of sparks.

“We don’t want people to be complacent. That means not barbecuing in parks and open spaces, ensuring cigarettes are properly disposed of and clearing away rubbish and glass as they can magnify the sun.”

The brigade was called at 6.05 and the fire was under control by 8.18. Four engines and around 25 crew from Acton, Finchley, Northolt and Ruislip were at the scene.

THE last of 292 concrete piles that will form the foundations for the UK’s longest railway bridge were installed this week. Hillingdon & Uxbridge Times …

A COALITION of outer London boroughs, including Hillingdon, has this week written to the Mayor of London Sadiq Khan raising serious concerns around his ULEZ expansion plans. Hillingdon & Uxbridge Times …

WENDY’S will open its next hamburger restaurant in Uxbridge High Street, close to the Tube station, next Tuesday (29). Hillingdon & Uxbridge Times …