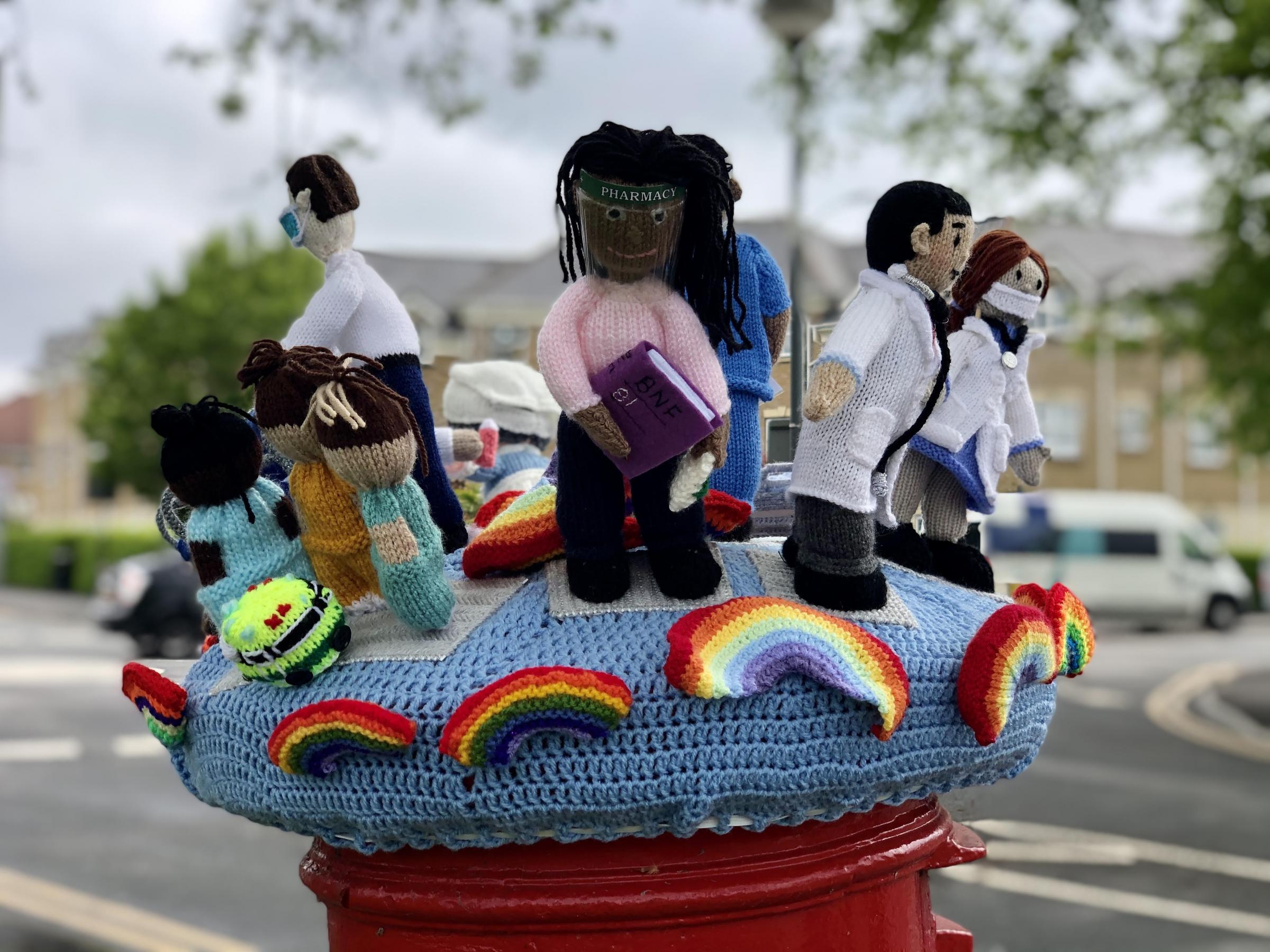 An arts and crafts group has come together to create a unique postbox topper to show its support for NHS staff.

The topper, created by Ickenham arts and crafts, is constructed from yarn and wool and features figures from all areas from the NHS including nurses, doctors, pharmacists, and porters.

The group was asked to make the topper by Ashifa Trivedi, Hillingdon Hospital’s lead pharmacist, who had noticed a few similar toppers around the area.

Trivedi said: “During the pandemic there’s been a lot of talk about doctors and nurses, and rightly so, but I think it’s really important to highlight all the other roles in the NHS as well.”

Trivedi praised the level of detail that went into the creation, citing the patient in bed with a blood transfusion and the pharmacist holding a BNF book, which is used to check doses of medication.

Admirers of the topper are given the opportunity to donate money to the maternity bereavement suite.

The topper was outside the hospital on a postbox but has now been moved inside to the main reception desk after other toppers in the area were stolen.

Shirley Clipp, major appeals manager for the hospital said: “The topper is going down a storm and children coming to the hospital love it.

“The receptionist says it’s a joy to come to work as it’s improved the mood of the public.”

A member of the Ickenham crafts group said: “The whole idea behind it is using crafts to bring the community together.

“The projects are really collaborative and people can do as much or as little as they like.”

If you’re interested in joining the crafts group or want to find out more you can contact them on 07976 572534.

A Surrey mother has spoken of her heart-breaking story of child loss as part of a new campaign and exhibition which aims to offer more support to grieving parents and encourages people to talk more openly and honestly about grief and child loss. Hillingdon Times | News …